While having a quick layover in Jakarta, Australian goofy-footer and freesurfing phenom Oscar Langburne talks FCS through his new 30-minute film Glósóli, his eclectic quiver and his travel plans in a post-COVID world. 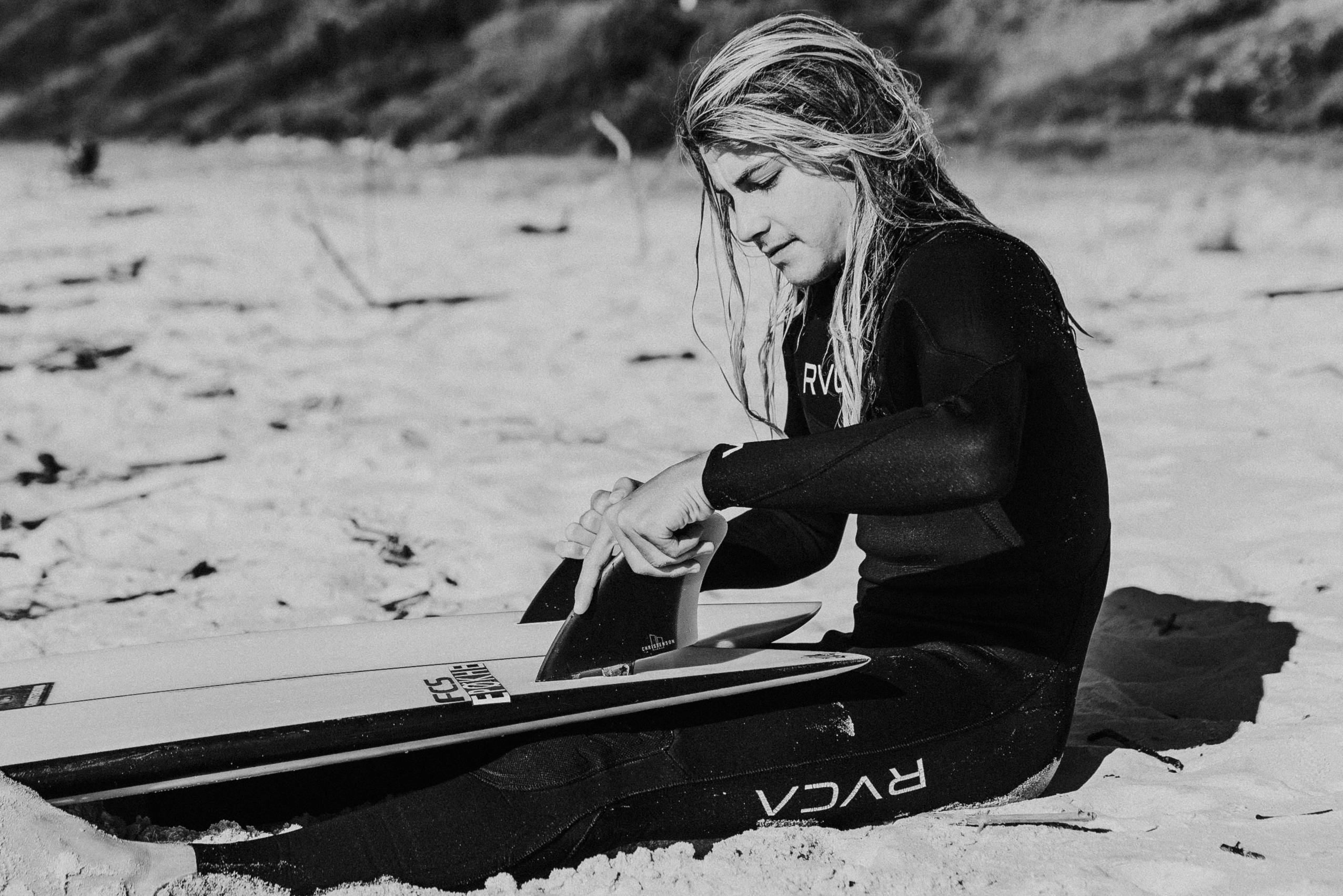 Tell us, why are you in Jakarta?

I’m on the way to Kandui for Onboard Store. I’ve had to fly to Bali, then Jakarta and then to Padang where we’ll get a speedboat to the resort.

Is this your first time to the Ments?

Yeah, it’s my first time. I’ve been all around Indo a few years back, but never to the Mentawais. 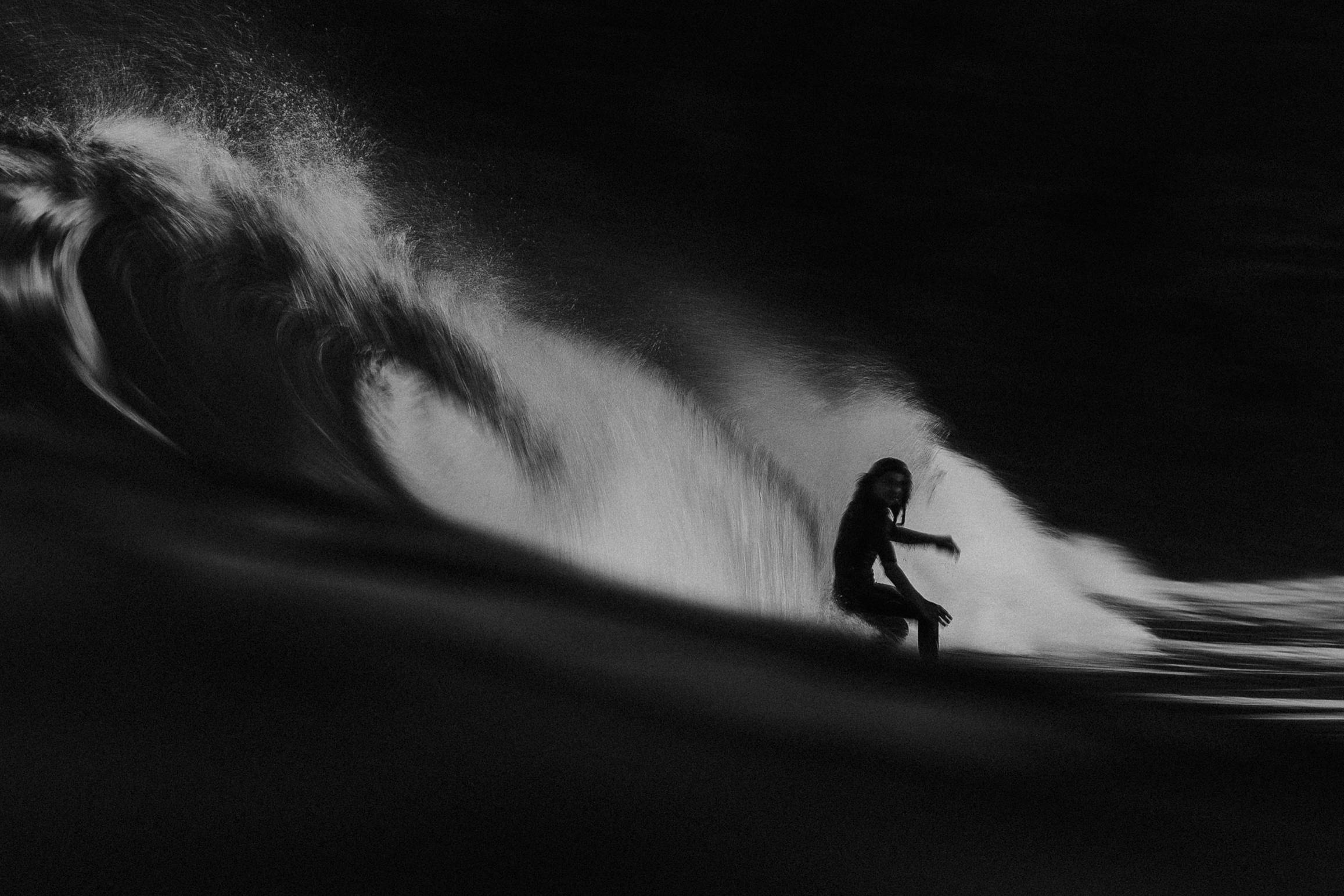 And what is the purpose of the trip?

It’s to test boards and get some footage of us riding some Christenson boards. They have some of the team coming as well like Kian Martin and Rio Waida. I think they want to build a handful of team clips and content now we can travel again.

How was it travelling in this post-COVID world?

Yeah, it’s a bit weird. We had to have two-or-three PCR tests and I had to have so many documents on hand to show people. Apart from that it’s not too bad because the planes are only half-full, so you almost get a full row to yourself. I will be heading to Kandui for about ten days and from there I’ll hang in Bali for a few weeks and just surf. I figured I’d make the most of having a 60-day visa. 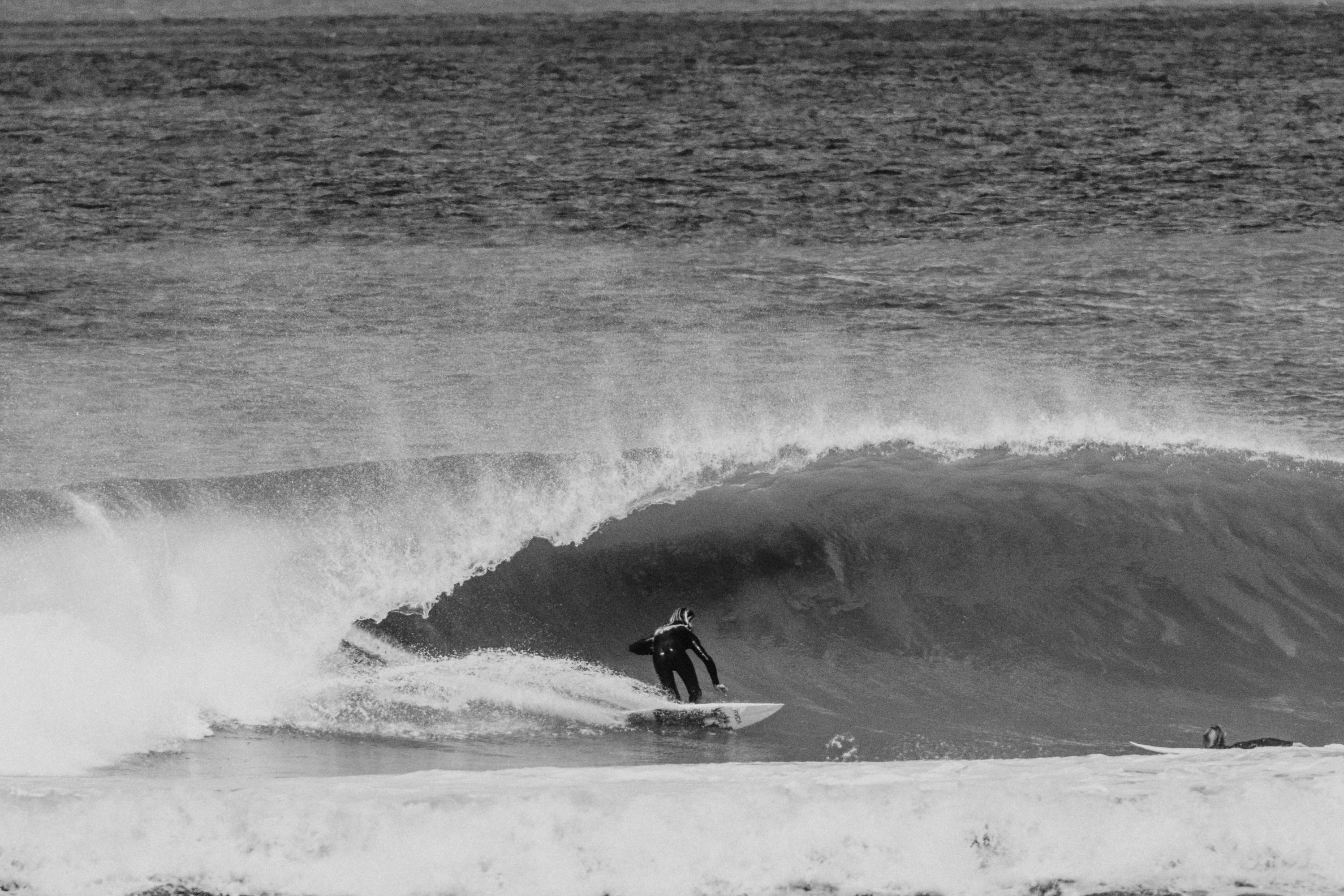 It seems like you’re leaving Australia on a pretty solid high-note having just released Glósóli… I hope I’m not screwing up the pronunciation of that.

What has the reception been like since you released it. Everything I have seen, read and digested has been overwhelmingly positive. Has that blown you away?

Yeah, it really has. It’s gone a lot better than I imagined. It’s unreal that people have really enjoyed the character and the talking points in the clip. It wasn’t meant to be just another surf clip. It was meant to be different to a lot of the stuff that’s out there and have raw talking and opinions and feature some of the guys who I surf with quite a lot. It’s how I see surfing.

You’ve put a lot of heart and soul into it. Did you feel vulnerable at any point when you released it or worry about the negative feedback?

To be honest, it just dragged out because of COVID, so I wanted to get it out and if people like it then I’m really stoked, but if they don’t, then I don’t care. But the feedback has been really positive and a lot of people have said it’s inspired them. 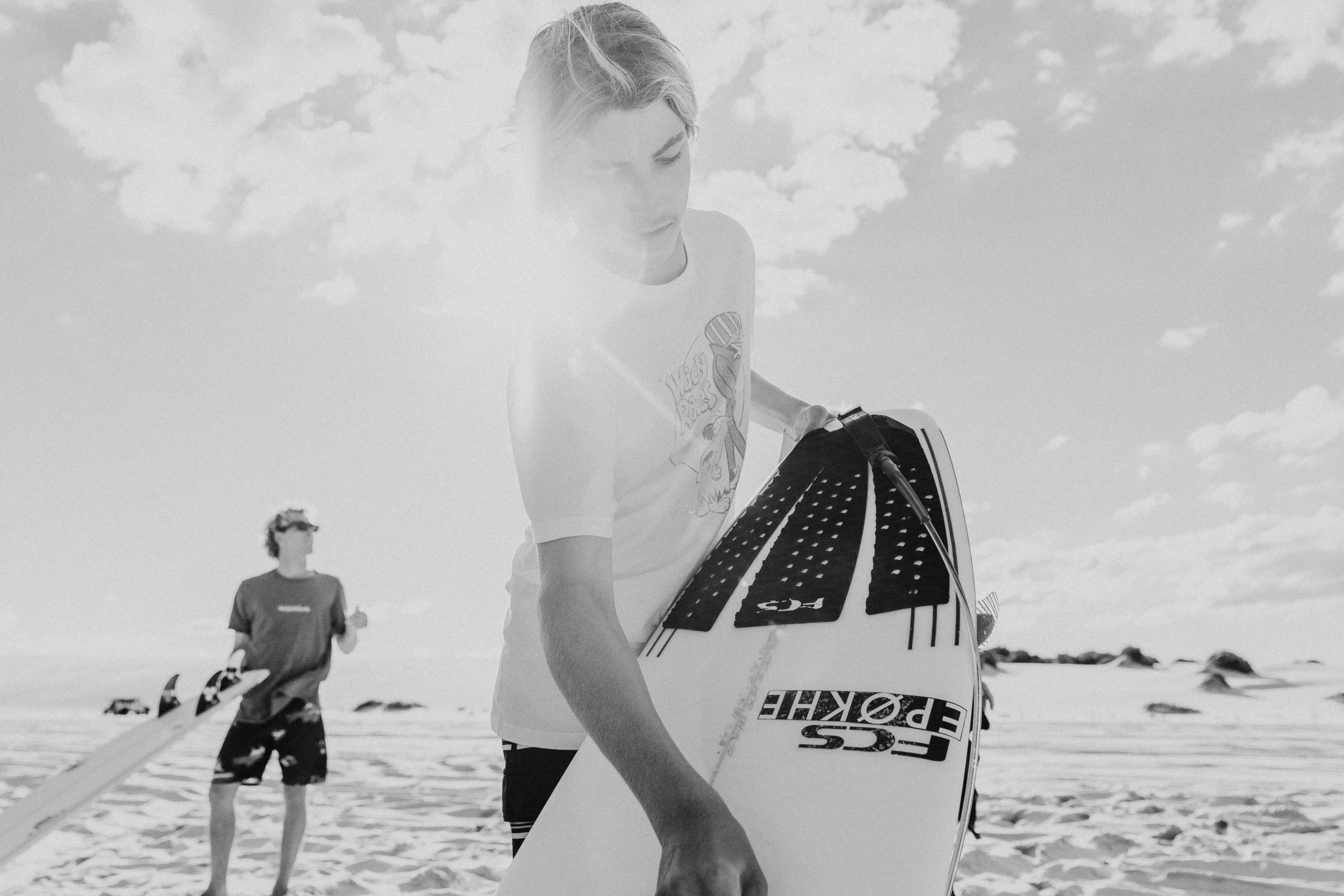 How did you find a point of difference with this clip in a time when the web is saturated in new clips almost every day?

Just the talking and the dialogue made it a little different. Oh and the music also. I didn’t want to use the same rap stuff that a lot of people seem to use these days. I wanted my friends to be in it also, so I could show us travelling together. Also, I think all the different boards I rode gave it a bit of a point of difference.

Talk to us about the waves you scored?

There’s a wave around home, which I’m best not to name. It hasn't been filmed much before so I wanted to make sure I captured a few sessions out there. It was a bit of a mission to line up filmers who could travel throughout COVID lockdowns. I got super lucky with Steve Wall who came over from Pittwater with Tom Carroll on a jetski in mornings and afternoons. 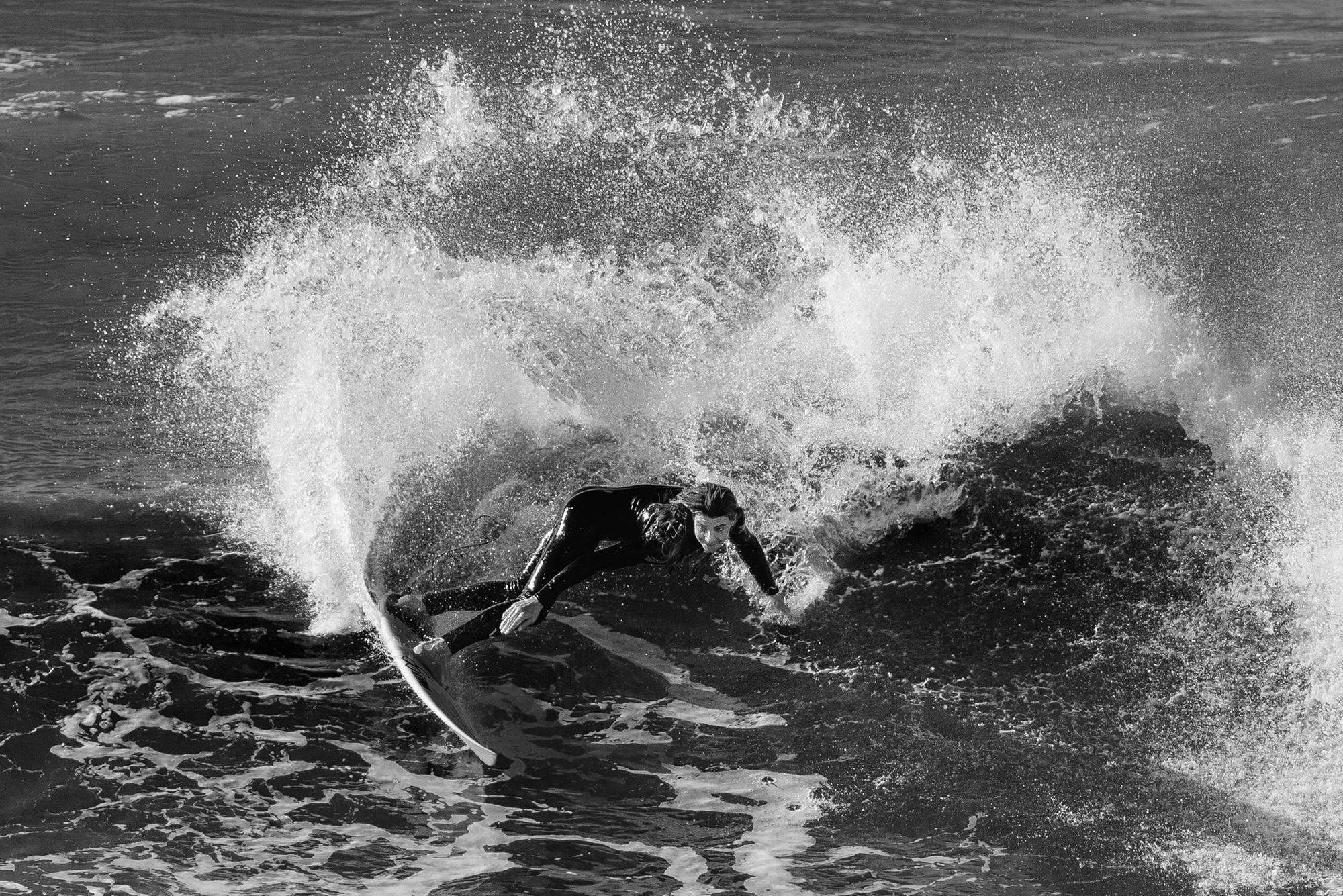 You mentioned the different boards you rode earlier. Tell us a bit about your quiver and why you chose each one?

My standard shortboard was an OG Flyer from Channel Islands. I rode the same one in pretty much every performancey wave I surfed. I rode two Christensons in it as well. One was a Christenson Fish which felt amazing in those long lefts and also a Myconaut quad which was one of the best boards I rode. It was like a twin-fin, but so smooth and fast. I also had a Town and Country Twin Byrner but I didn’t get too many clips on that one and a Channel Island Twin Pin that I rode down south quite a bit.

What was behind the decision to ride each of those boards? Was it to draw a different line on each wave to give it a different perspective or was it that those boards were complimentary to your surfing?

Not just that. I always ride different boards, so I just wanted to showcase them. I don’t just ride high-performance shortboards, but a lot of those boards really needed the right wave. It was nice to get some longer walls so you could actually see how they go. It was a bit of a case of me just having them in my boardbag and pick them depending on the waves. Oh, there was a CI Black Beauty in there also.

That’s an eclectic mix mate. How did you pair each board with different fins and what fins did you go to regularly?

In terms of high-performance, I was just using the CI Upright fins, but in my quads I was riding the split keels and this crazy combination that you guys hooked me up with, which was large H4 side fins and then small H4 quads in the back. That was the best fin setup for sure. I still use that all the time. 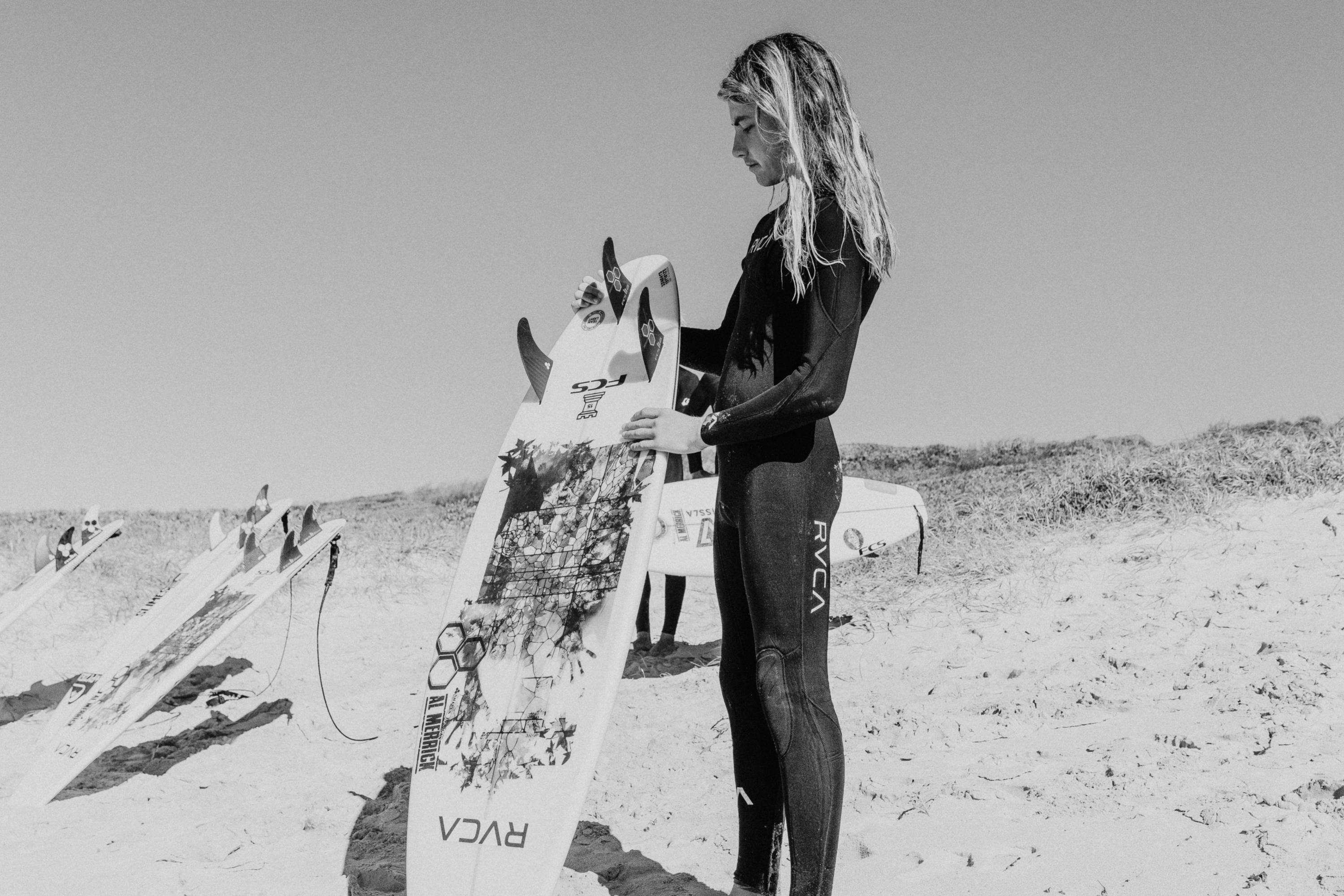 As it was such an eclectic mix of boards and fins, was there ever an adjustment period where it took a bit of time to get used to each board and fin?

I feel I didn’t because I don’t push it too hard. I do what the board allows me to do and don’t get on a board and think I have to surf a certain way because it has one or two fins, so I adjusted pretty quickly. I was actually using the split keels in the Twin Pin also as the two side fins and it went crazy good. I actually forgot my twin fins when I went to Victoria to shoot, so I used the two side fins from the split keels as a twin fin and it felt amazing.

Now, that the filming for Glósóli is over, what’s next?

It sounds cliché, but I just want to surf as much as I can. I’ll start work on a few clips again, one from overseas and one from home.